By Stephen Cook of HSH.com

Mortgage rates have crept up in recent weeks. But are higher mortgage rates really so terrible? Is there a silver lining or two?

Good thing No. 1: Rising rates are often a sign of an improving economy

Rising interest rates are, according to many experts, a sign of national economic recovery.

Increases in mortgage interest rates suggest that consumer confidence is rebounding and that consumers are better able to pay higher interest rates. Higher mortgage rates are also a sign that uncertainty is lifting among investors who perceive that the economy is getting better — and that their money can get better returns with more risky assets. But before scaling back bond purchases and risking higher rates, Fed Chairman Ben Bernanke wants to see substantial improvement in the economy.

“Higher rates mean the economy is doing better, which is good for housing prices,” says John Walsh, president and founder of Total Mortgage in Milford, Conn.

Good thing No. 2: The return of purchase mortgages

Two of the most important lending standards have already begun to ease, Walsh says.Loan-to-value ratios have already responded a bit, and debt-to-income ratios are a little more flexible now than they were.

“Efforts by lenders to get more mortgage business is positive, and there’s even more interest in jumbo loans,” Walsh says.

When all is said and done, today’s current mortgage rates are still historically low, and the rate increases to date have not significantly hurt affordability.

“The real question is not what effect rising mortgage rates will have on the housing recovery,” says Frank Nothaft, chief economist at Freddie Mac in Washington, D.C. “There’s sure to be an impact, but will it be enough to stall the recovery? We don’t think so. Demand is strong, supply is limited and, for most families in most markets, housing affordability is still strong.”

An increase of 25 basis points on a 30-year, fixed-rate loan at today’s prices could cost borrowers thousands over the life of the loan, Ross says. “Coupled with today’s rising prices, [higher] rates will highly motivate buyers to jump on the bandwagon.”

“Quite simply, higher rates make homeownership more expensive,” says Will Stein, a real-estate broker at Bel Air Realty in Bel Air, Md. “Buyers pay more for less of a home, and higher rates price some buyers out of the market altogether.”

According to HSH.com, 30-year conforming mortgage rates have risen from 3.49% in May to 4.63% in July. That increase adds about $66 a month to a $100,000 mortgage. Rate increases to date combined with the 12% rise in home prices in the past 12 months mean that mortgage payments have gone up by about 25% for a typical homebuyer.

Low interest rates do more than low home prices to keep affordability in place for homebuyers. According to the State of the Nation’s Housing 2013 report by Harvard University, home-price gains in 2012 did little to offset affordability thanks to consistently lower interest rates.

Bad thing No. 3: Higher rates could threaten the housing recovery

“The rate increases since April 1 are a tough pill to swallow for someone buying a home who has to settle for having $20,000 or $30,000 less to buy a home than he would have if he had bought before April,” Walsh says. “Some people aren’t going to be able to buy a home where they could have before. These are going to impact the housing recovery, which isn’t as strong as many think.”

With about 20 million homeowners still underwater and unable to refinance, rising mortgage rates will continue to diminish the pool of qualified borrowers who can refinance at an attractive rate. 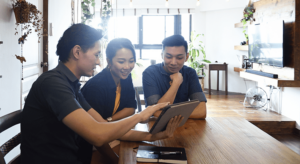 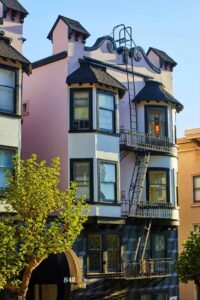 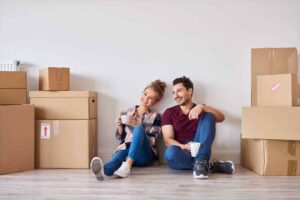